We are pleased to announce that our shipment of chrome books has arrived. These computers are available to students, who may be currently utilizing their cell phones or personal devices that are not equipped with a camera or microphone. We will loan these devices out until the end of the year.

If your child is in need of a chrome book to assist in completing school work in a remote setting, please contact Ms. Mortensen via email at cmortensen@sangreschools.org.

Please know that parents will have the option to buy insurance coverage for these devices. You will be required to complete this paperwork prior to taking the computer home.

We are asking that you preview the Sangre de Cristo Technology Device Maintenance Plan on our school website at sangreschools.org

We hope to hear from you soon, 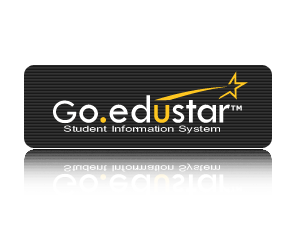 Resources
Student Handbook
College in Colorado
AR Book Find
Colorado Department of Education
Colorado Assessment Information
Studies Show Wide Support for High-Quality Education Standards
According to two studies released last month, a strong majority of respondents to both surveys said they support high-quality educational standards and complementary assessments that allow results to be compared across districts and states. In PDK Research's study, Critical Issues in Public Education, nearly 90 percent of respondents said current educational standards were either appropriate or not rigorous enough. Nearly 60 percent of those surveyed also opposed allowing "opt outs" of state standardized tests. A recently released study fromEducationNextfound similar results, with more than 60 percent opposing opt-out provisions, and 70 percent of respondents supporting the federal government's requirement that all students be tested in math and reading each year between grades 3-8, and at least once in high school.

In that same EducationNext study, roughly two-thirds of respondents supported a requirement to use the same standardized tests in every state, while 73 percent of those surveyed want states to use assessments whose results are comparable across state lines. In addition, EducationNext found that when the term "Common Core" isn't used, support for the concept of high-quality, consistent standards nationwide increases by more than 15 percentage points. 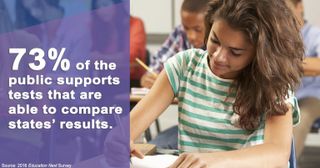